A civil claim brought by Paul Ponting against North West Blood Bikes (NWBB) has now been settled out of court.

See the apology archived from their website that was posted 8/7/2021 and only remained for 41 days.

NWBB has admitted, (after a costly 3-year legal battle), that the actions of the then Chairman, Paul Brooks, were malicious and unlawful and also that the conduct was a Criminal offence of Harassment! 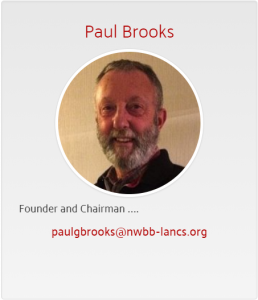 These admissions by the Committee followed a desperate attempt by NWBB to bully Mr Ponting using Harrison Drury Solicitors, which failed.

NWBB then tried to ignore Mr Ponting, hoping he would go away, so after following pre-action protocol, Mr Ponting issued civil proceedings.

Mr Ponting, a law degree student, fought them as a Litigant in Person after sacking off his own solicitor, Cobleys, who failed to act in his best interests.  Mr Ponting decided he had a better chance of success on his own.

As a result, Mr Ponting was successful in a substantial financial settlement of almost EIGHT TIMES what Cobleys tried to force him to settle.  Cobley’s only aim appeared to protect their own financial interest after they made several blunders, putting them into a breach of their contract with Mr Ponting.

In addition to the financial settlement, Mr Ponting successfully negotiated that his voluntary status is changed from ‘dismissed’ to ‘resigned‘, a term that was actively encouraged by the Court during a failed attempt by the Charity to have Mr Ponting’s claim struck out.

Mr Ponting successfully challenged this strikeout application single-handedly, where the court accepted Mr Ponting’s legal submissions and rejected the application, even going on to advise the Charity to re-enter negotiations or serve a defence to the already submitted particulars of claim.

Mr Ponting’s planned defence for challenging the strikeout was in fact reviewed by a Barrister, George Murray, who told Mr Ponting he had ‘no chance‘ of winning.  Undeterred, Mr Ponting attended the hearing and won.

Further terms negotiated by Mr Ponting were that the Charity is to issue a pre-agreed apology on the front page of their website for no less than 41 days, this being the same duration as the article that Paul Brooks had written about Mr Ponting.

The apology includes an admission that their ex-Chairman, Paul Brooks, acted maliciously and unlawfully.

Although Mr Brooks is no longer an office holder of the Charity, he is remarkably, still a member, even though his actions have brought the Charity into disrepute.

The Charity has been called to dismiss Paul Brooks for bringing the charity into disrepute and causing not only significant damage to their reputation but also a significant dent in their finances.

The Charity was told by Mr Ponting that he believes Mr Brooks should cover these financial losses in full as they were caused wholly by Paul Brooks vindictive and malicious actions. The costs should not be covered by public donations, this is now a matter for the charity and its donors to decide.

After being notified of these pending legal actions against him, Paul Brooks tried to persuade the charity to renegade on their legal agreement and to withhold the damning apology (now published).   The Charity is aware of their legal obligations to publish the apology and, that Mr Brooks, once against has tried to encourage the charity to act unlawfully.

Further details will be published if necessary.

Screenshots of apology for archive purposes 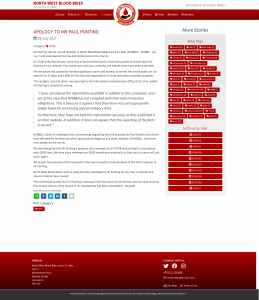